As an essential company helping the construction industry and municipalities during the COVID-19 outbreak, we are still open for business but taking additional precautions as recommended by the CDC.
1-800-953-HOSE (4673)

Need racks and reels for your fire supply?

Need racks and reels for your fire supply?

Home » Blog » Need racks and reels for your fire supply?

When a fire break out, time is of the essence. Just ask the acres of forests that have burned in the SoCal area –– if firefighters don’t react fast enough, the consequences can be brutal. Which is why every fire department should have racks and reels to help them access and store their fire hoses. Read on to learn why ASJ Industrial Hose & Fittings is the best provider in the Los Angeles area.

What are racks and reels?

Most people don’t know what these are either. In fact, when people think of fire supply items, they usually only think about hoses. Racks and reels, however, are just as important.

You can probably tell from the name, but in case you can’t, racks and reels are the equipment you use to store a fire hose. Fire fighters typically wrap or box their fire hoses around these containers for easy access.

Why are racks and reels important?

Imagine that you’re trying to put out a fire but the only fire hose you can find is a tangled mess. Frustrating, right? Racks and reels can prevent that and allow you to just pull away. More than just facilitating easy access, racks and reels can also help with storage purposes.

Using racks and reels is particularly important in SoCal, where fire seasons never skips a year.

Why does SoCal get so many fires?

For a long time now, almost since the beginning of times, fires have been a natural fact of Southern California. In recent years, however, the region has seen some of the worst outbursts recorded in recent times — the Dixie fire in 2021, for example, burned 1 million acres by itself.

The main reason behind these fires is the extreme drought afflicting the area. The drought is sucking up moisture from plants and trees, making them highly flammable and susceptible to fires. Increases in temperature also allow the fires to spread easily and burn longer.

Where can I find quality racks and reels?

Without a doubt, ASJ Industrial Hose and Fittings is your best option. They have been in the industry since 1982, providing goods and services for more than 40 years and growing into a 24,000 square foot facility in Corona, CA. In addition to racks and reels, they also offer hoses, clamps, fittings, valves and much, much more. Call someone from their office today and hear what they have to say: (951) 735-1351. 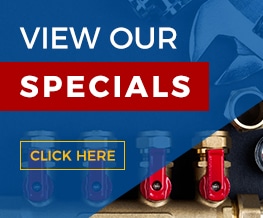 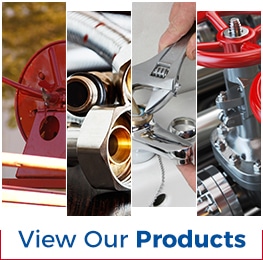 Your #1 Choice for Industrial Hoses & Fittings